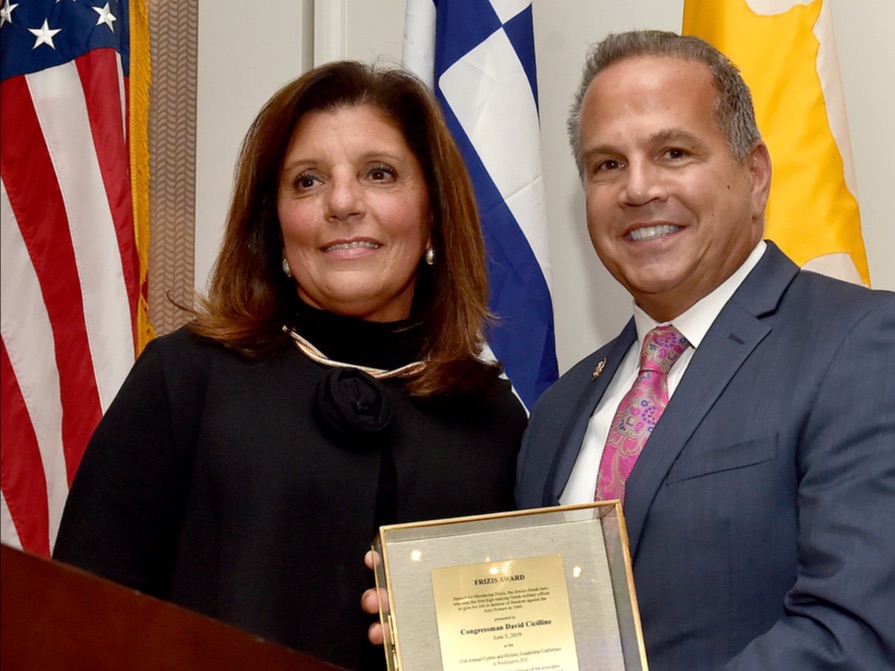 WASHINGTON, DC, July 12, 2019 – Yesterday, the US House of Representatives adopted, by an overwhelming vote of 252-173, an amendment to the National Defense Authorization Act (NDAA) for fiscal year 2020 offered by Congressman David Cicilline (D-RI) that would end the US Arms Embargo in Cyprus. Today the NDAA passed the House with the Cicilline amendment included.

As Cicilline said on the House floor yesterday before the vote:

“The Republic of Cyprus has long been a key ally in the fight against terrorism and emerging threats in Europe, but for more than 25 years, this embargo has not reflected the strength and importance of that relationship … Ending this outdated policy by passing my amendment is critical in maintaining stability in the region and a strategic partner for generations to come. I thank my colleagues for their continued support of the U.S.-Cyprus relationship and for their support of my amendment.”

To see a video of Cicilline’s floor remarks click here.

Two weeks ago, on June 27, the US Senate adopted similar language lifting the embargo in its version of the NDAA. This language was added to the Senate bill by Senator Bob Menendez.