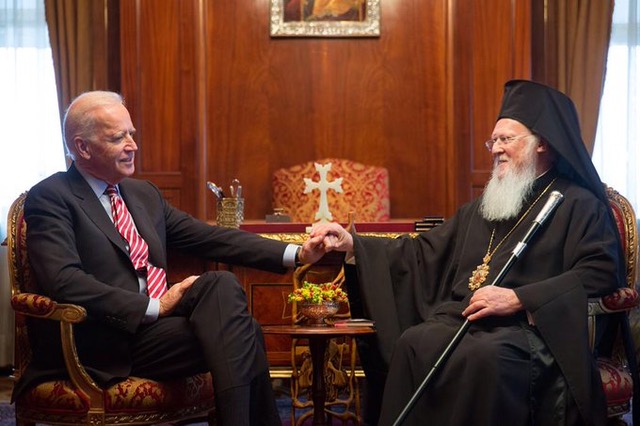 WASHINGTON, DC, October 21, 2021 – On the eve of the Apostolic Visit of the Ecumenical Patriarch Bartholomew to Washington, DC, US Senators and Members of the House representing 79% of the American people wrote to the President of the United States about the extraordinary importance and accomplishments of His All Holiness. A remarkable 182 Members of the House and 50 US Senators (lists below) – from all parts of the country and all political ideologies – added their names to a letter (full text below) asking the President to provide “an exceptional welcome appropriate for the spiritual leader of the second largest Christian Church in the world and a person of his many valuable accomplishments.” 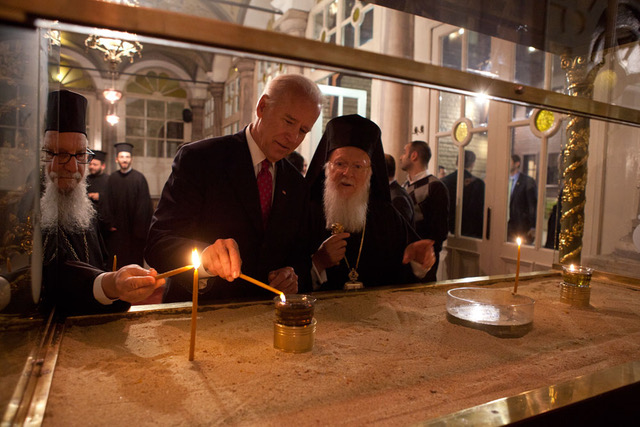 In another sign of the profound respect for His All Holiness, this letter was authored and circulated by the bi-partisan foreign policy leadership of the US Congress: the Chairman and Second Ranking Member of the Senate Foreign Relations Committee, Senators Bob Menendez (D-NJ) and Marco Rubio (R-FL), and the Chairman and Ranking Member of the House Foreign Affairs Committee, Congressmen Gregory Meeks (D-NY) and Michael McCaul (R-TX).

This enormous education program of the 535 US Senators and Members of the House and record-breaking Congressional support of Hellenic or Orthodox matters in many years was the result of a massive, months-long, nation-wide effort involving thousands of communications over hundreds of hours. This effort, which involved the Greek Orthodox Archdiocese of America, our clergy from hundreds of parishes all across the country, Archons of the Ecumenical Patriarchate, and the Greek Orthodox Members of Congress, among others, was created and orchestrated by Andy Manatos and Mike Manatos, the Co-chairs of this Apostolic Visit to Washington DC.

The wall of 25,000 and 5,000 written communications a week received by US Senators and Members, respectively, makes focusing attention on specific information very difficult. However, this letter which circulated throughout the US Congress for months while the nation-wide campaign generated grass-roots push for signatures, broke through this wall.
Prior to this massive effort, a very small percentage of US Senators and Members were aware that His All-Holiness is the spiritual head of the second largest Christian Church in the world. Few realized that he is the 269th direct successor of the Apostle Andrew; protector of the sites of Jesus’ birth, crucifixion, and resurrection in the Holy Land; a world-leading advocate for interfaith dialogue and peace; a preeminent international environmental leader according to the United Nations and Time Magazine among others; and a guest in the Oval Office of US Presidents during all of his visits. Few knew that some years ago, he received the US Congress’s highest honor, the Congressional Gold Medal, presented to figures like George Washington, Winston Churchill and Mother Teresa. The Congressional Resolution bestowing His All-Holiness with that Medal received the sponsorship of more US Senators and Members of the House than any other resolution introduced in that Congress. 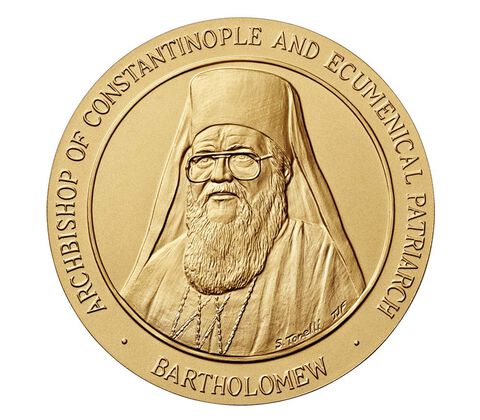 The Congressional letter also valued “his historic dialogue and prayer for peace with Pope Francis at Christ’s tomb in Jerusalem in 2014,” and recognized it as a “gathering of brother-Apostles Andrew and Peter’ 269th and 265th direct successors, respectively. We know that Peter began his Church and ministry in Rome and Andrew began his in what is today Turkey, the locale of His All Holiness’ headquarters and Ecumenical Patriarchate.”

These Congressional leaders concluded by emphasizing that, “This visit is an excellent opportunity for our Congress and your Executive Branch to follow in the Ecumenical Patriarch’s footsteps and demonstrate our mutual desire for the spirit of peace and cooperation.”

The current top leadership of the Executive and Legislative Branches have long-established relationships with His All-Holiness Ecumenical Patriarch Bartholomew. President Joe Biden was the first US Vice President in history to personally visit the Ecumenical Patriarchate in Istanbul, Turkey – and did so twice, accompanied by the current US Secretary of State Antony Blinken. Some years ago, before the elevation of Pope Francis, President Biden said that the two most Christ-like people he had ever met were Nelson Mandela and Ecumenical Patriarch Bartholomew. By the same token, Speaker of the House Nancy Pelosi’s very special treatment of His All-Holiness during his previous trips to Washington makes clear that she ranks him as a world leader she holds in the highest esteem. Like President Biden, she and the Ecumenical Patriarch have a personal relationship. In addition, Senate Majority Leader Chuck Schumer goes out of his way to welcome His All-Holiness to Washington. The longtime New York Senator is particularly familiar with Greek Orthodoxy as he has represented our Archdiocese of America and has advocated for its issues for decades.

Senators Who Signed
Letter to the President Regarding the Ecumenical Patriarch