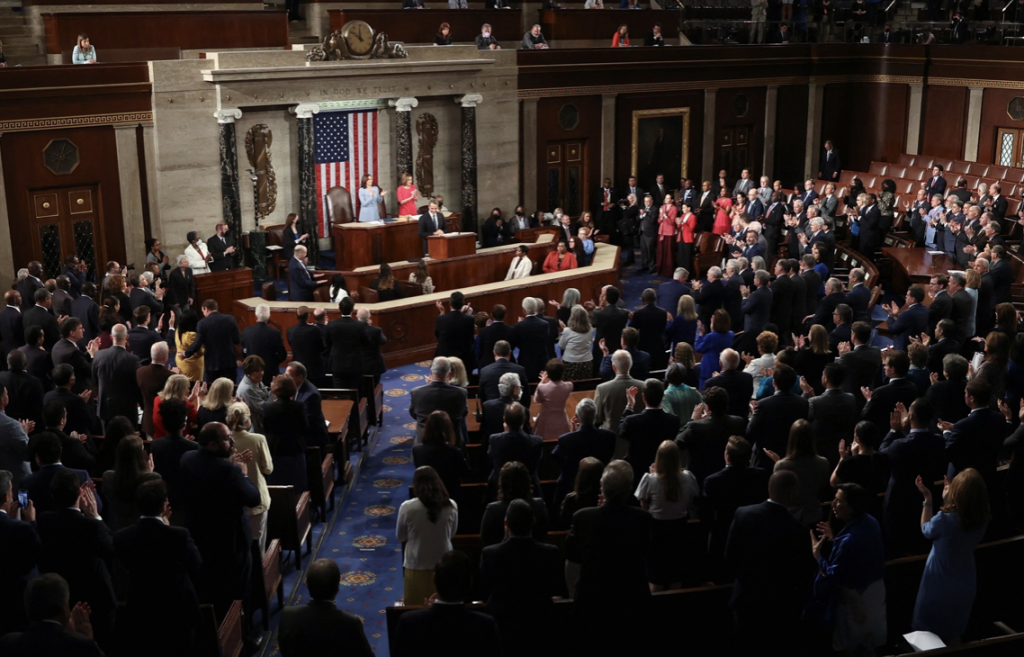 WASHINGTON, DC, May 23, 2022 – Greece took its rightful place in America’s pantheon of important foreign entities as the Hellenic Republic’s Prime Minister, Kyriakos Mitsotakis, became the first Greek Prime Minister in history to address a Joint Meeting of the US Congress at the invitation of Speaker of the House Nancy Pelosi. All the elaborate pomp and ceremony afforded a President of the United States at a State of the Union Address, including having the Vice President of the United States and the Speaker of the House sitting behind him as he spoke, was afforded the Greek Prime Minister. 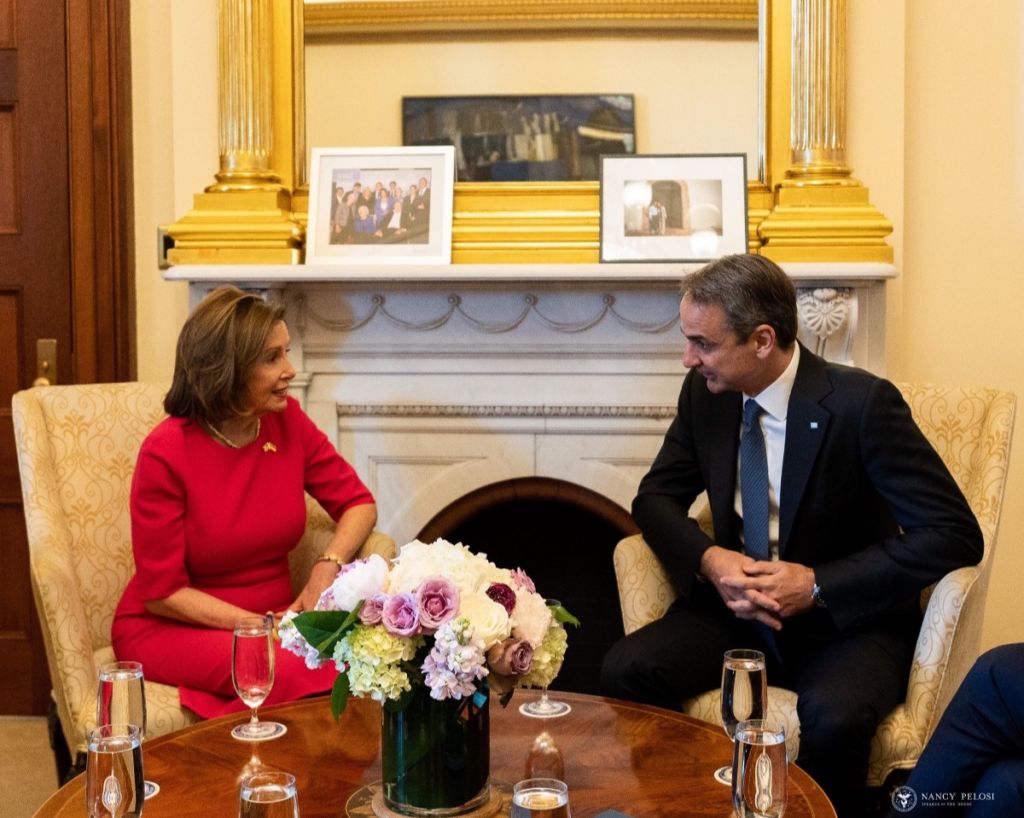 During this visit to celebrate Greece’s bicentennial and the return of democracy to its birthplace, Prime Minister Mitsotakis was received at the highest levels across official Washington.  Such meetings and events included:  an Oval Office meeting with the President of the United States Joe Biden; a White House reception in his honor; a stay at the President’s guest house, the Blair House, across the street from the White House. 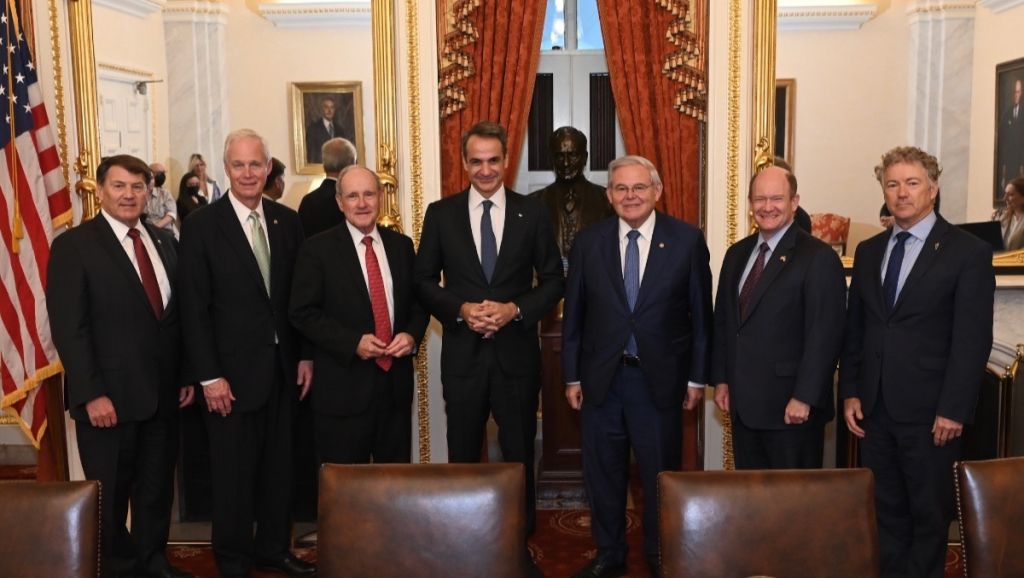 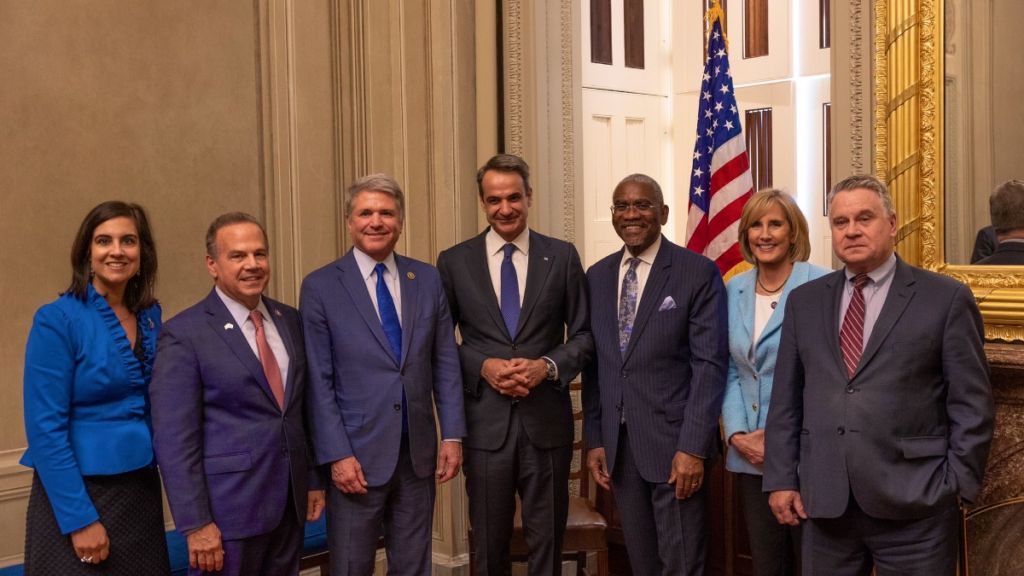 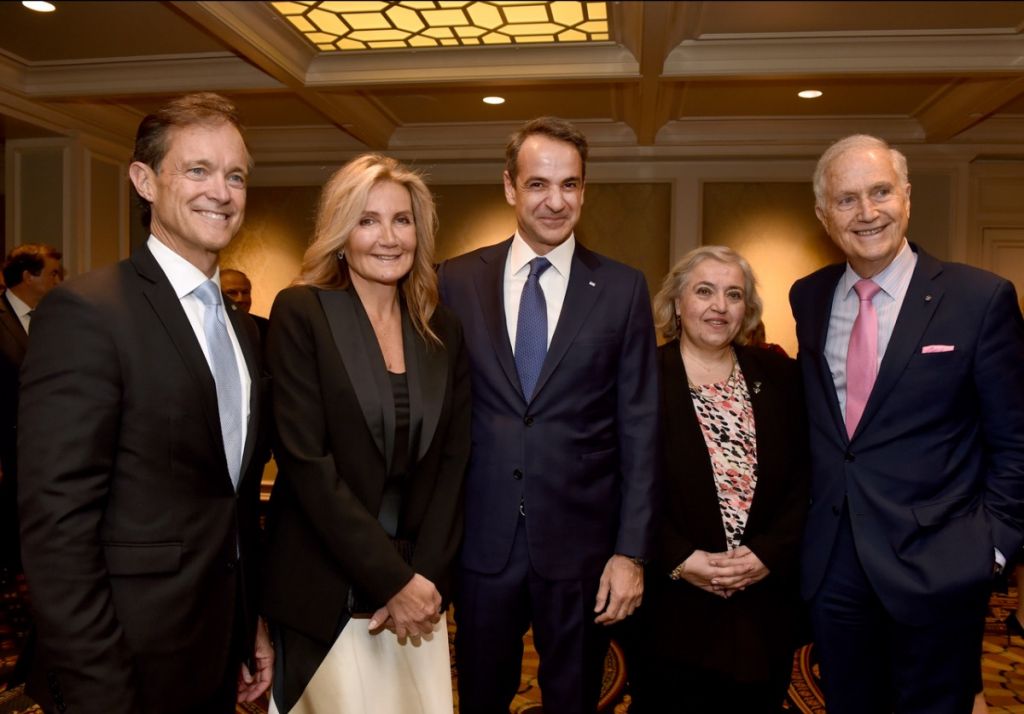 The historic visit continued with a meeting with and reception in his honor hosted by the Speaker of the House Nancy Pelosi; meetings with key US Senators and Members of Congress on the Senate Foreign Relations Committee — led by Chairman Bob Menendez and Ranking Member James Risch — and House Foreign Affairs Committee — led by Chairman Gregory Meeks and Ranking Member Michael McCaul –, as well as the Greek-American Members of Congress and Caucus Co-chairs. 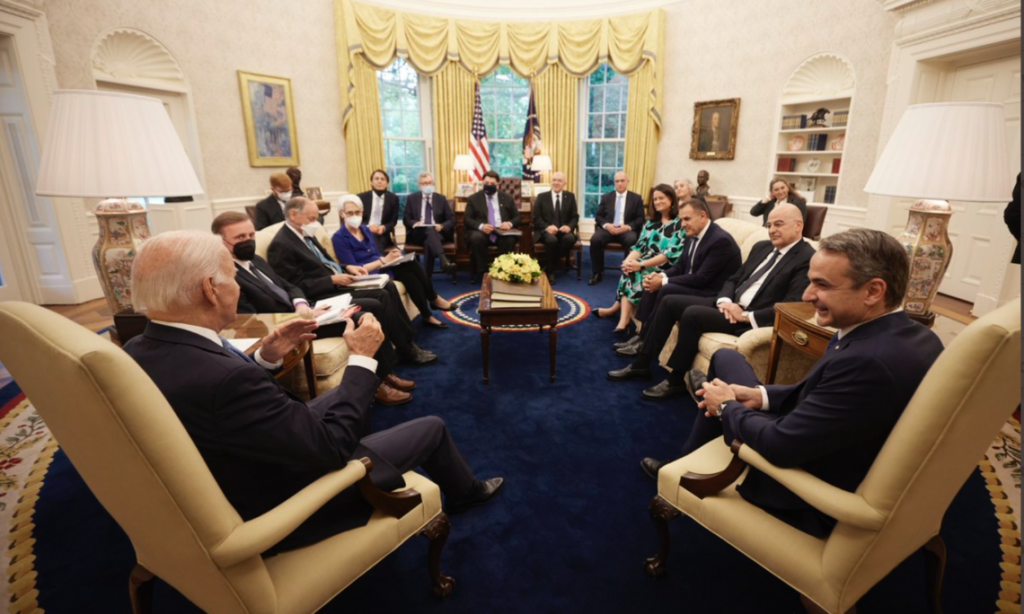 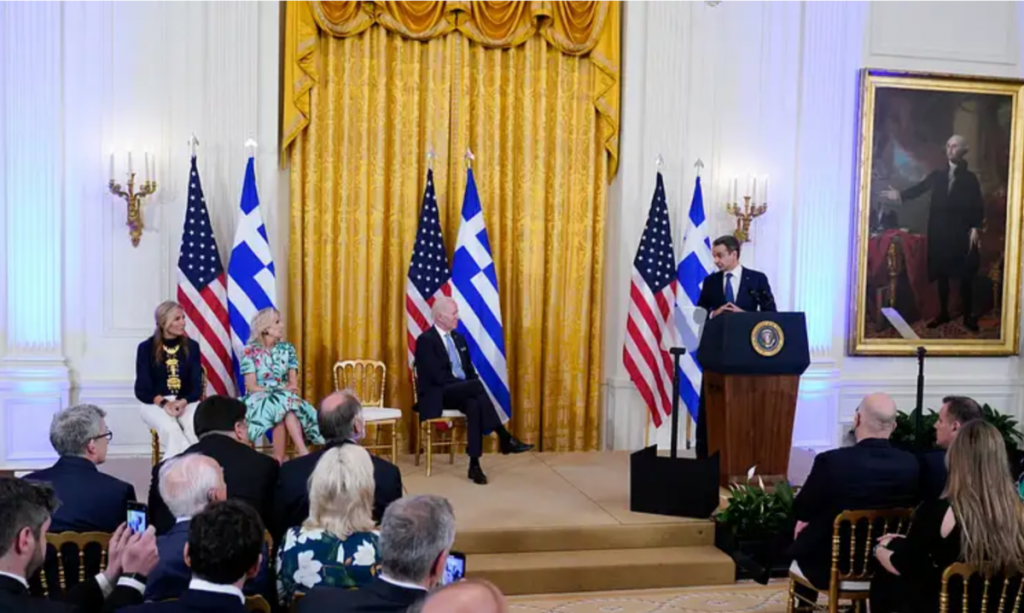 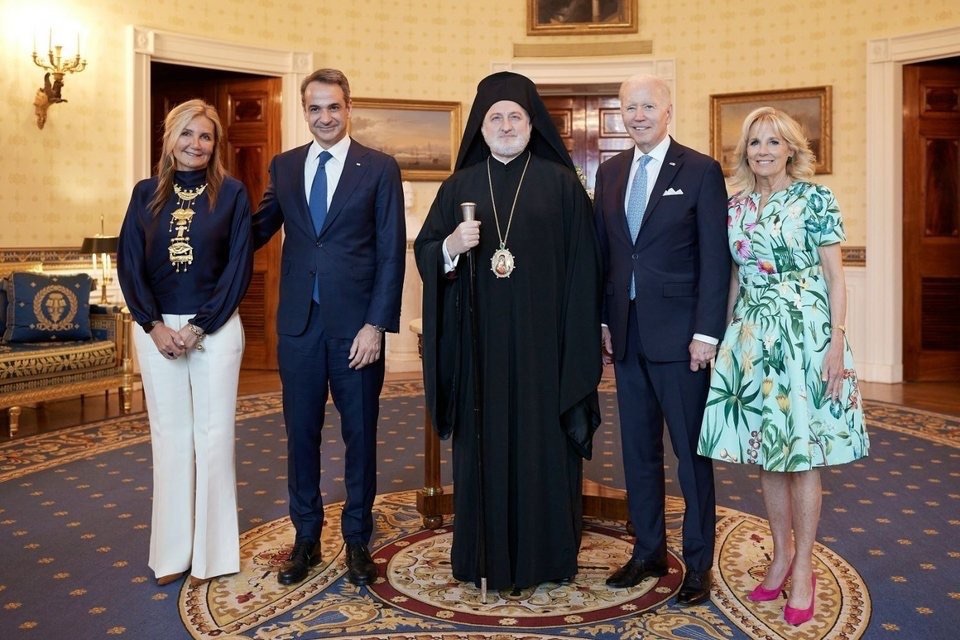 The visit began with a discussion at Georgetown University, where he was introduced by Michael Psaros and questioned by Washington Post columnist David Ignatius, and ended with a dinner in his honor hosted by the top national Greek-American organizations. 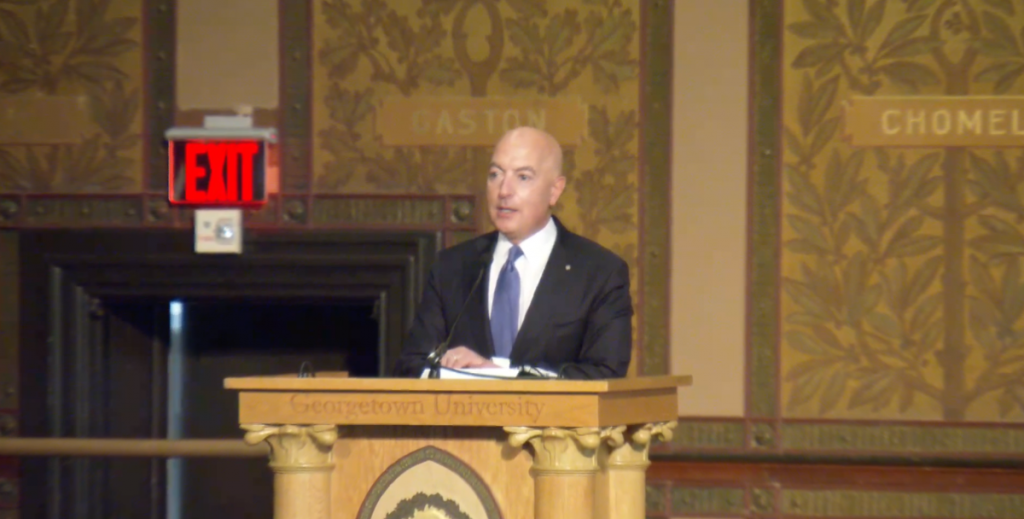 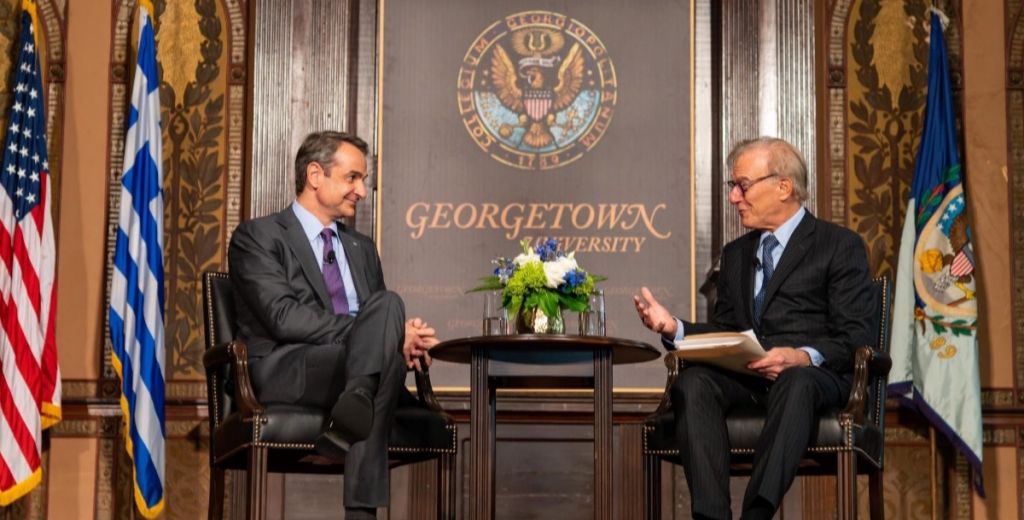 This invitation to address a Joint Meeting of Congress was led by the Congress’ highest ranking official, Speaker of the US House Nancy Pelosi, with the support of the leadership of both parties in the House and Senate.  Greek-Americans close to Speaker Pelosi who worked and prayed hard for this event will be forever grateful for this truly extraordinary honor afforded Greece and our community.

During the Congressional address, Prime Minister Mitsotakis rose to the occasion, delivering impressive remarks, moving one Member of Congress to say it was the best he had ever heard.  Mitsotakis brought to life the key role that Greece played in the formation of America, that America’s successful revolution played in the motivation behind Greece’s War of Independence and its modern government.  He highlighted that our two countries have always fought together on the right side of history, as we continue to do so today. 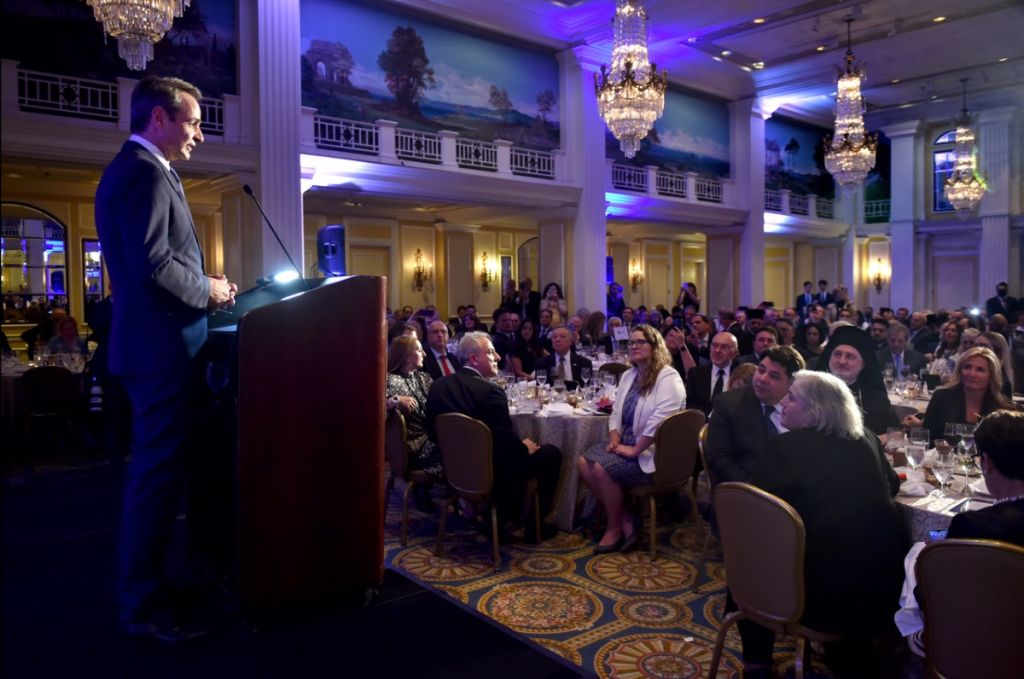 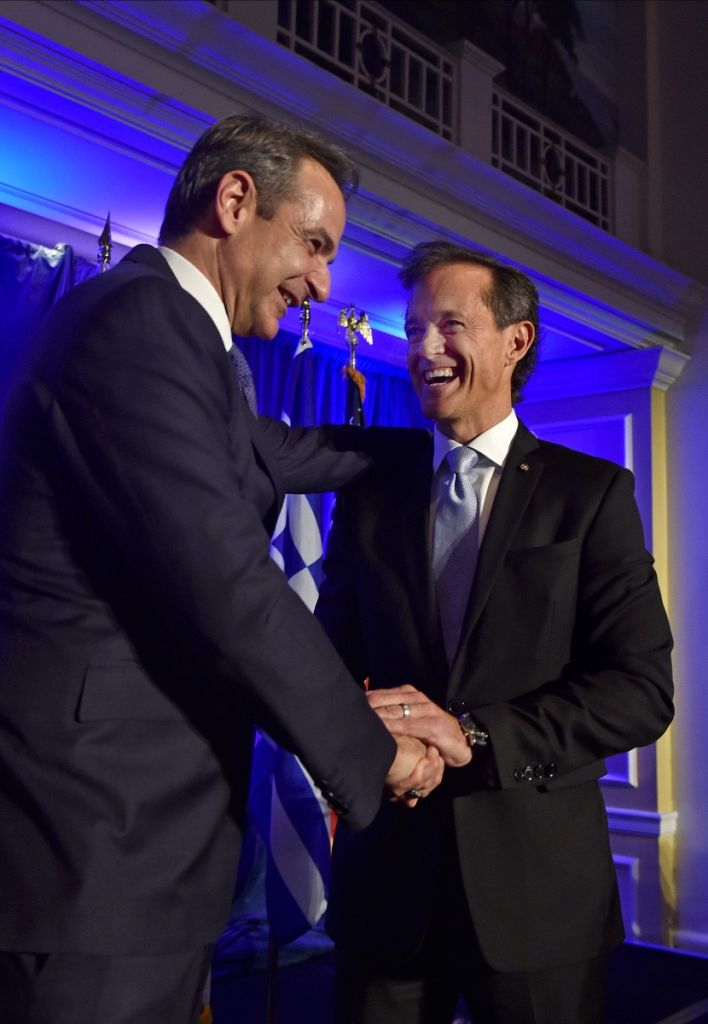