Greece Invented, Lost, and Regained Democracy
It Has Lessons for the U.S. 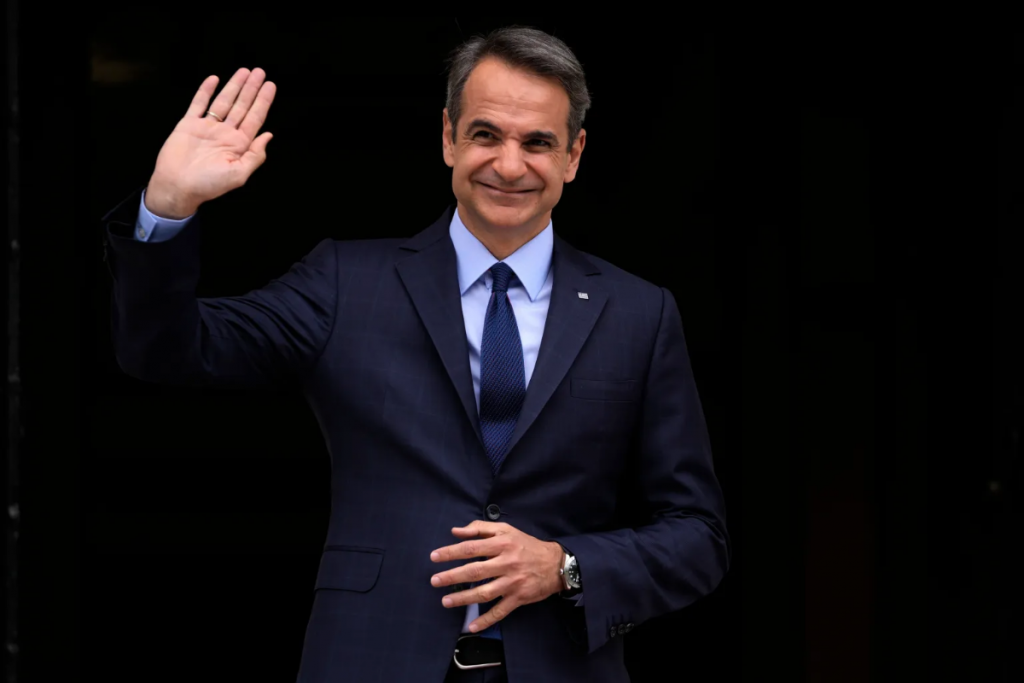 Democracy is in trouble here and abroad. According to the highly regarded World Values Survey data, most Americans under 60 do not consider it “absolutely essential” to live in a democracy. In fact, for the first time since 2004, the Bertelsmann Transformation Index (BTI) recently recorded more autocratic states than democracies around the world.

It’s more than a little timely that on May 17, the Prime Minister of Greece, the country that invented democracy, will address a Joint Meeting of Congress with remarks on Greece’s bicentennial, the return of democracy to its birthplace. This is the first time a Greek Prime Minister will address a joint meeting of the U.S. Congress. President Joe Biden has also invited Prime Minister Kyriakos Mitsotakis to meet with him and address others at the White House.

Greece is famously the home of democracy. But one lesson it holds for the world is how it lost it, at times, and had to claw it back. It had to fight foreign powers, a civil war, and a military junta. Even the creators of democracy must always fight for democracy, as must the U.S. and other freedom-loving nations.

Greece spurred other fighters for democracy even when it was in chains. Thomas Jefferson, John Adams, Alexander Hamilton, Benjamin Franklin, and Thomas Payne read and spoke Greek and were enamored with ancient Greek democracy. As Jefferson said, “To the ancient Greeks, we are all indebted for the light which led us out of Gothic darkness.” Our founders saw in Greek democracy not only a better system of government but one that allowed people to reach their full potential. They were in awe of the Greek accomplishments in art, science, athletics, and other areas of human achievement.

But ancient Greek democracy lasted only 250 years. The Greek people endured centuries of occupation, including under the brutal Ottoman Empire, before it emerged as a free and independent republic after a revolution 200 years ago. America cheered Greece’s resurrection. From the exact spot where Prime Minister Mitsotakis will stand on May 17th, President James Monroe said to a Joint Session of Congress during the Greek revolution of 1821, “Greece fills the mind with the most exalted sentiments throughout the United States.” He wasn’t alone. The Greek Revolution captured the imagination of Americans. They followed the war closely. Greek Clubs sprang up in American cities to raise money for the Hellenic cause. Idealistic volunteers from the United States (and around the world) went to Greece to fight, much as they would during the Spanish Civil War in the 1930s. They included the Boston abolitionist and humanitarian Samuel Gridley Howe and James Williams, an African-American from Baltimore who was wounded during brave service in the battle of the Gulf of Lepanto. Just as the Declaration of Independence was followed by more than a decade of fighting the American Revolution, it took years for Greece to break the yoke of foreign domination and for domestic fighting to cease. It wasn’t until 1844 that the Greek Constitution went into effect, and in some parts of Greece, like Crete, the home of the Prime Minister, brutal Ottoman occupation wasn’t removed entirely until 1913.

The two democracies have been in a virtuous circle. When modern Greece emerged as an independent nation two hundred years ago, it looked to the U.S. Constitution just as America’s founders sought inspiration in Greece’s ancient democracy. Modern Greece’s founding fathers said to the U.S., “It is in your land that liberty has fixed her abode and … in imitating you, we shall imitate our ancestors and be thought worthy of them if we succeed in resembling you.” Wherever democrats stand, they do so on Greek shoulders.

But Greeks have lost their democracy and seen it threatened, and even now, when it’s strong and vibrant, they know it must be nourished (as must America’s). A military junta ran the country from 1967 to 1974. Do you know that letter Z on Russian tanks charging into Ukraine? There is no Z in the Russian alphabet. It’s a perversion of “Z,” which in Greek means “he lives’ as Markos Kounalakis pointed out in these pages. It became a banned symbol after the 1963 assassination of a prominent Greek democrat fighting authoritarianism—and the inspiration for an Oscar-winning 1969 film by Costa-Gravas, maybe the acclaimed Greek filmmaker.

Greeks know it takes muscle and global institutions to bolster democracy. Greece fought off the Nazis, helping turn the tide of World War II. It resisted a communist insurgency after the war with the help of the United States, Harry S. Truman, and the Marshall Plan. Greece was an early member of NATO. Its integration into Europe as part of the Eurozone and the European Union has helped Greece as it has other European nations. Without international backing, Greece faced an economic collapse after the 2008 Financial Crisis.

Mitsotakis’ address before Congress on May 17 will remind the world that democracy is still humankind’s best environment but always at risk, everywhere.