WASHINGTON, DC, July 14, 2022 – On the eve of a major vote in the US Congress on sending F-16’s to Turkey and the 48th black anniversary of Turkey’s invasion and occupation of Cyprus, top Cypriot-American and Greek-American leaders met with key US policymakers in the White House, State Department and the US Congress. Led by Philip Christopher, President of PSEKA (the International Coordinating Committee – Justice for Cyprus), leaders of the top national organizations – a complete list of whom is below – came to Washington, DC for these impactful meetings at this crucial time. Andy Manatos and Mike Manatos, CEO and President of Manatos & Manatos, secured key policymakers to meet with this group. 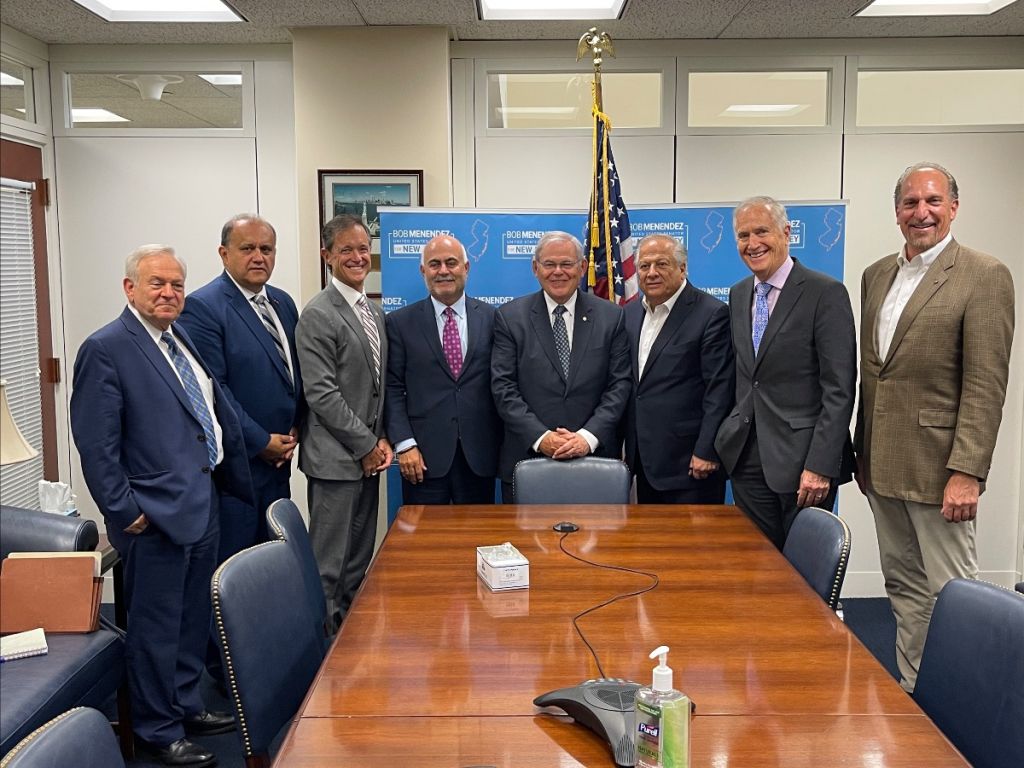 Because President Joe Biden, Secretary of State Tony Blinken and National Security Advisor Jake Sullivan were all on foreign travel, they met at the White House complex with the National Security Council’s Senior Director for European Affairs Dr. Amanda Sloat and at the State Department with Assistant Secretary of State for European and Eurasian Affairs Dr. Karen Donfried. 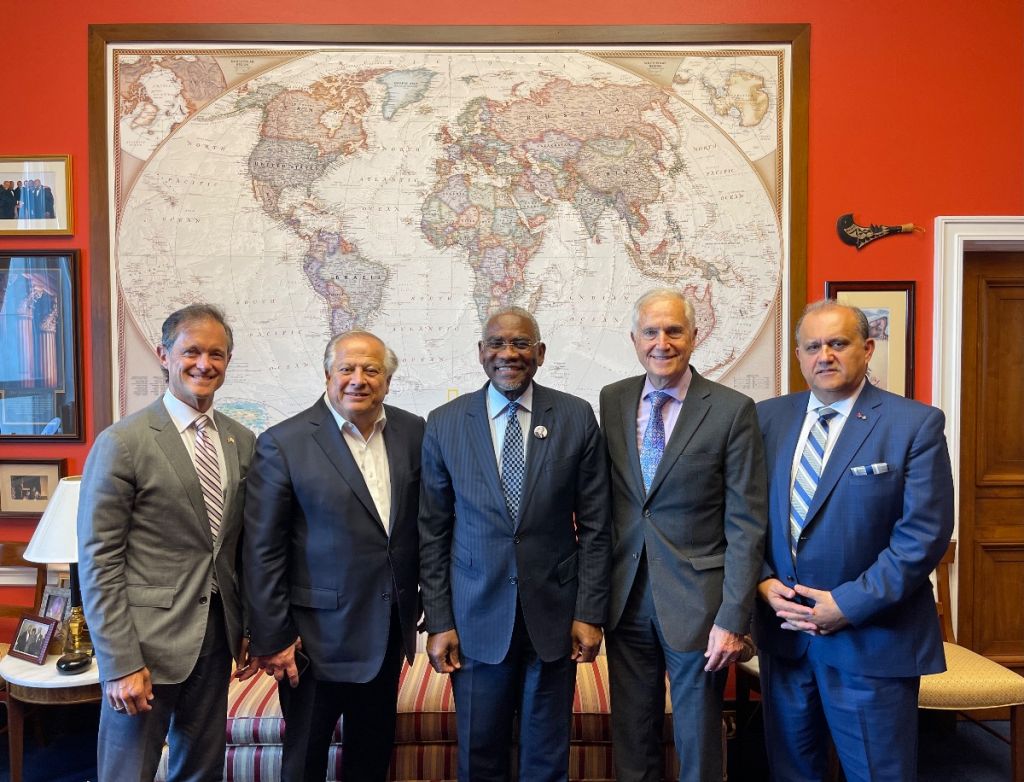 Stopping the sale of F-16’s to Turkey, lifting the US arms embargo on Cyprus, reversing Turkey’s expansion of its Cyprus occupation in Famagusta and taking concrete steps to strengthening US-Cyprus bilateral relations were among the issues lobbied. The day after their Congressional meetings, the House of Representatives voted 244-179 to adopt an amendment to the National Defense Authorization Act that would stop the sale of F-16’s to Turkey and put in place Congressional oversight to ensure that Turkey does not use F-16’s to violate Greece’s sovereignty. 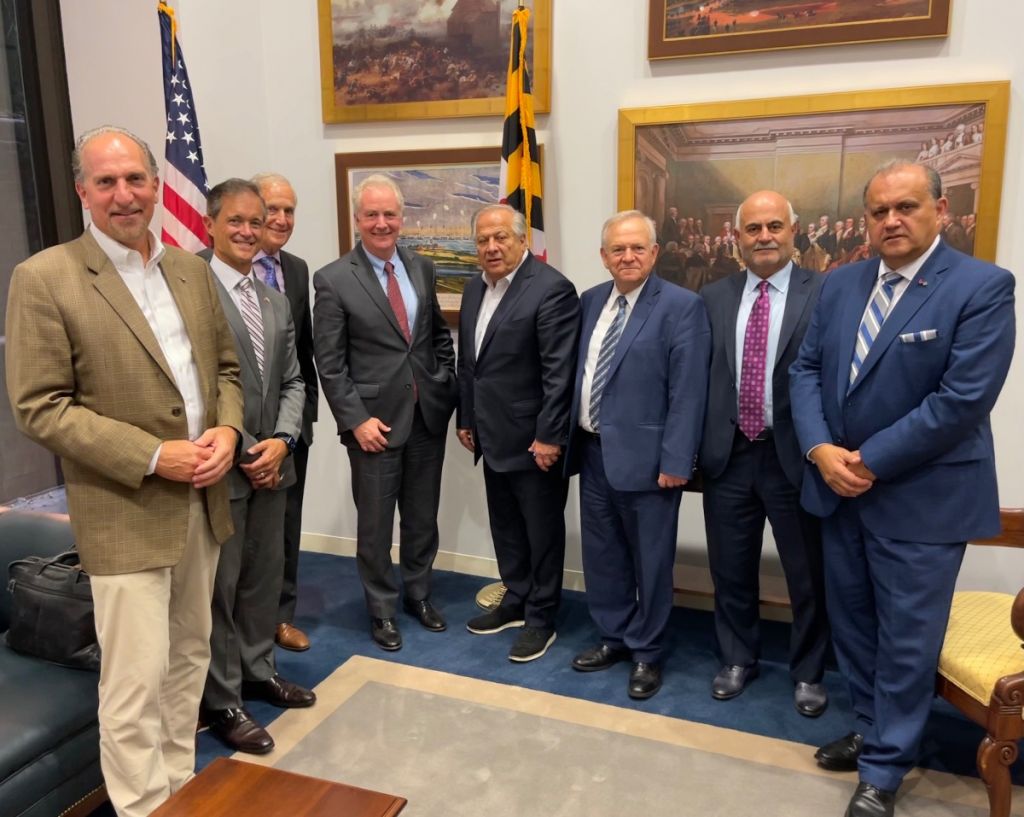 In the US Congress they met with the two policymakers with the most influence over stopping the sale of F-16’s to Turkey, as well as US policy toward Cyprus and the Eastern Mediterranean:  Chairman of the Senate Foreign Relations Committee, Senator Bob Menendez, and the Chairman of the House Foreign Affairs Committee, Congressman Gregory Meeks. They also met with: House Europe Subcommittee Ranking Member Brian Fitzpatrick; Congressman David Cicilline, the author of the East Med Act in the House, legislation to lift the US Arms embargo on Cyprus and House Foreign Affairs Committee member; Congressman Josh Gottheimer; and long-time advocate and Senate Foreign Relations Committee Member Senator Chris Van Hollen. 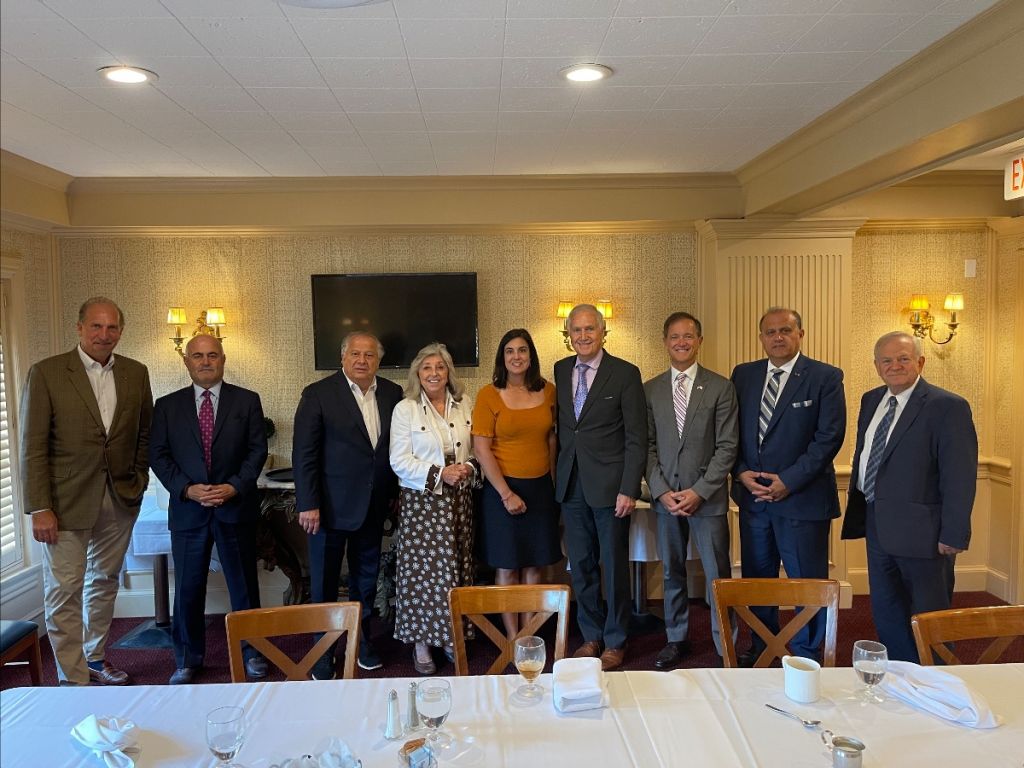 They also held a strategy lunch with the Greek-American Members of Congress including House Foreign Affairs Committee members Dina Titus and Nicole Malliotakis and Congressman John Sarbanes. Congressman Gus Bilirakis was detained in a last minute Committee mark-up and Congressmen Chris Pappas and Charlie Crist were not in Washington, DC. As well, they held an opening strategy lunch with Cyprus Ambassador to the US Marios Lysiotis.

The leaders of several of the top national organizations who participated in these meetings included: