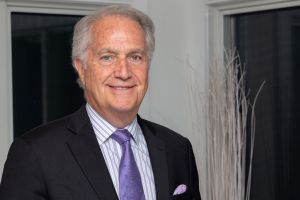 Andy Manatos has set numerous records in the policymaking process of the U.S. Senate, House of Representatives and the Executive Branch as he moved clients’ issues forward. His extensive experience includes his time as the youngest Presidential advance man for President Lyndon Johnson; the youngest U.S. Senate Committee Staff Director; and the youngest Assistant Secretary in the Carter Administration.  His record of success for clients’ issues has attracted some of the world’s and America’s leading individuals and organizations to ask him to oversee the handling of their issues in Washington, D.C.

He was selected as one of the 100 most influential people in private sector Washington by Regardies Magazine.  The National Journal said, “his style is that of a Washington insider.”  Roll Call newspaper referred to him as “the most prolific fundraiser among [10,000 registered] lobbyists.” The Hill newspaper listed him in 2009 as #1 in Washington in terms of political fundraising.

Andy has an extraordinary record of accomplishments for client issues. He led the legislative fight that invoked cloture in the U.S. Senate for only the 13th time in history; created an annual meeting with the President of the United States; moved two Presidents to overrule their cabinet members’ publicly announced policies; defeated an Appropriations Subcommittee Chairman in his own Subcommittee; secured the signatures on a letter of more members of a full Committee than any letter in Committee memory and secured more cosponsors on a bill than any bill on record.

Furthermore, Andy played a significant role in the creation of a grassroots lobby that has been described by Presidents as one of the most powerful in America; reversed a subcommittee vote in one day with the placement of an op-ed; led the fight wherein the Congress overruled the Executive Branch on a foreign affairs matter for one of the few times in modern history; created the only award presented by the U.S. Senate; created the only White House Conference allowed by one administration; secured the use of the Capitol rotunda for only the second time in history for a living person; secured a Congressional Gold Medal, the highest civilian award in the Congress, for a client; and secured the year’s record $2 billion appropriation for a client.

In addition, Andy created and subsidized a not-for-profit organization that distributes to high schools across America over 360,000 award-winning, civic educational videotapes each year, viewed by over 30 million students. He raises over $1.5 million per year for these award-winning videotapes that feature nationally known figures such as Secretary of State Colin Powell; author and daughter of President John Kennedy, Caroline Kennedy; Supreme Court Justice Ruth Bader Ginsburg; former Senate Majority Leader Bob Dole and others.

He has been a guest op-ed writer for The Washington Post, The New York Times, The Chicago Tribune and other newspapers.

For decades, the Greek Orthodox Church of America has appointed Andy to its National Council. The Ecumenical Patriarch in Istanbul, Turkey, who heads over 300 million Orthodox Christians worldwide, appointed Andy to the Order of St. Andrew and the Order selected him to head one of its regions. He serves with President Bill Clinton on the board of the THEA Foundation, for which Manatos hosts an annual dinner that raises significant funds for the Foundation.

Awards he has received include:

Born in Washington, D.C., Andy has lived in the D.C. area all of his life. He is married to Tina Manatos. They have four adult sons — Mike, Nick, Tom and George — and eight grandchildren.