Next Generation of Menendez Headed for US Congress

Last month Menendez, Jr. announced that he is running for the US Congress to represent his father’s former seat in the House, New Jersey’s 8th Congressional district.  He is heavily favored to win this election.

While Menendez, Jr. has been to Greece and Cyprus numerous times over the years with his father and Cypriot-American leader Tasos Zambas, he took the time today to receive an in-depth briefing on issues of concern to Greece, Cyprus and the Ecumenical Patriarchate as well as American security interests in the Eastern Mediterranean.

Those attending this luncheon briefing, hosted by Andy Manatos and Mike Manatos, included: Ambassador of Greece to the US Alexandra Papadopoulou; Ambassador of Cyprus to the US Marios Lysiotis; Cypriot-American leader Tasos Zambas; and American Hellenic Institute President Nick Larigakis.  The luncheon was also supported by AHEPA. 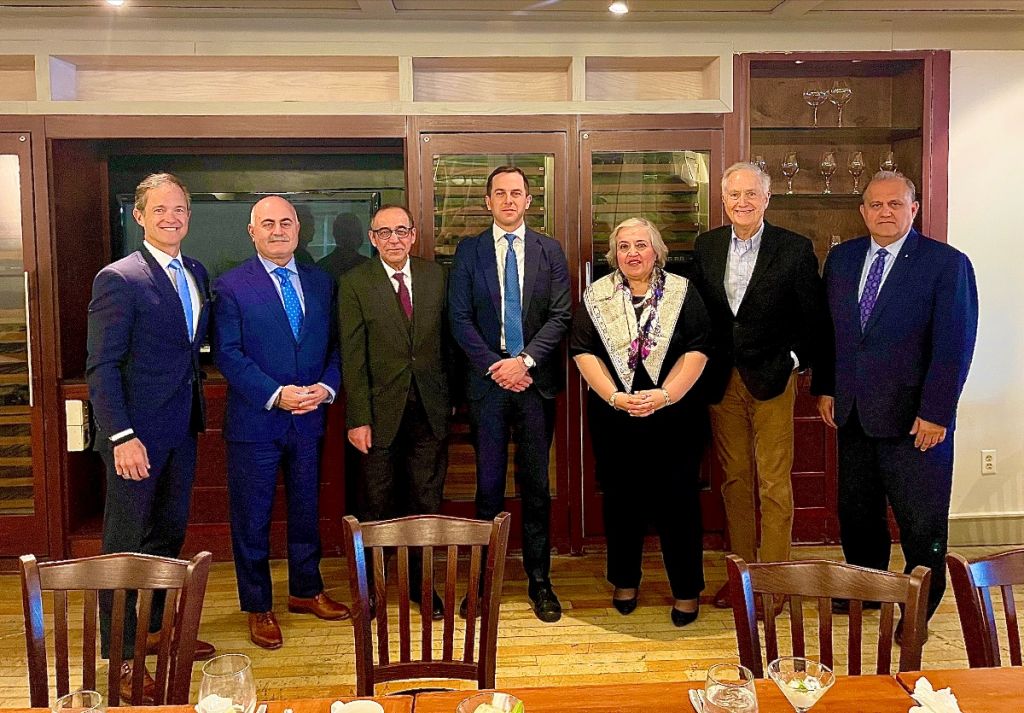