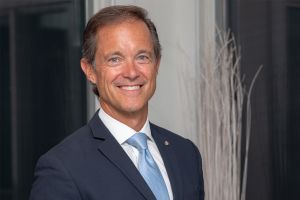 Mike Manatos is building on his family’s legacy as one of the most trusted and established in Washington, DC.  Mike is the 3rd generation of Manatos to specialize in the areas of advocacy, public policy, government relations, and strategic consulting, and has done so successfully for over 32 years. Dubbed ‘lobbying royalty’ by US News & World Report, the Manatos family has been working with top US policy makers, both Republicans and Democrats, formulating US policyfor over 86 years and has a respected record of consistently opening doors for their clients at the highest levels throughout Washington, DC.

Through his demonstrated integrity and credibility, Mike has built trusted, influential relationships with policymakers on both sides of the political aisle. He has a unique knowledge of the nuances of Washington’s complex policy and political processes, as he and his family have spent their entire careers understanding how Washington works. They consistently find creative solutions to difficult problems amid a complex political and policy landscape.

Their unique, high-level, hands-on service to organizations and leaders spans a variety of issue areas including: from foreign policy to financial services; from health care to human rights and religious freedom; from energy efficiency to environmental protection; from artificial intelligence to space exploration; from defense and veterans affairs to the US Olympic and Paralympic Committees, and more.

Mike is invited to speak across the country and overseas about Washington’s policy process and to introduce top US policymakers at events, including then former Vice President Joe Biden at the 2019 Concordia Summit in Greece.  He also frequently facilitates senior-level meetings and visits in Washington for world leaders.

Politico named Mike one of “DC’s most powerful siblings.” Greek-America Magazine listed him as one of the “25 most intriguing people of Greek-America.”

Mike is passionate about the causes and people for whom he advocates and blessed to be able to take only clients in whose issues he believes. That leads him to work with a variety of mission-focused organizations (corporate, international, and non-profit) as well as top Greek-American leaders and entrepreneurs.

Authentic, hardworking, compassionate, and deeply dedicated to philanthropy, Mike and Andrew Manatos do between $1 and $5 million in pro bono work each year.  Mike has served as as Executive Director of the Washington Oxi Day Foundation since 2011 and serves on a number of non-profit boards including:

Mike served previously on the:

In 2022 he received the inaugural “Philotimo Award” from the Hellenic Hearts Foundation.  In 2019, he won the DC Dancing Stars competition, raising over $85,000 for the Make-A-Wish Mid-Atlantic Foundation.

Mike and Laura were selected as one of Washington Life magazine’s “Philanthropic 50” in 2020. Mike and his wife Laura received the inaugural “Parents of the Year” Award from the Loukoumi Make a Difference Foundation in 2019.

Since he began his affiliation with the Make-A-Wish Foundation of the Mid-Atlantic in 1997, he has worked as a Board Member, wish granter, ambassador and has personally raised over $1,500,000 and granted the wishes of over 200 children.

Mike was appointed in 2006 by His All Holiness Ecumenical Patriarch Bartholomew (the spiritual leader of over 300 million Orthodox Christians worldwide) to the position of “Archon of the Ecumenical Patriarchate,” the oldest and highest honor in Christendom, given to a select few around the world.  He serves as Chairman of the Archon Government Affairs Committee.  Since 2008, the Greek Orthodox Archbishop of America has appointed Mike to serve on its National Council.

He graduated from Princeton University in 1990 from the Woodrow Wilson School of Public Policy and International Affairs, with a minor in Hellenic Studies. In 2008, Mike was selected to participate in the Georgetown University School of Foreign Service Leadership Seminar – a program promoting dialogue among emerging world leaders and cultivating an ongoing network.

Mike was selected as one of 480 in the U.S. to carry the Olympic Torch for the 2004 Games in Athens, Greece. A fitness fanatic, Mike trains for and competes in endurance races such as triathlons, marathons and century rides, having raced in over 50 triathlons, including an Ironman 70.3 triathlon.

Mike has lived in the D.C. area all of his life. He is married to Laura Evans Manatos, an 18-year anchor and reporter for Fox 5 News in Washington, D.C., and currently CEO of Laura Evans Media – a progressive PR firm.  They have three children – Sienna (16), Andrea (15) and Lucas (12) – and are extremely close to their family, many of whom live on their same street.